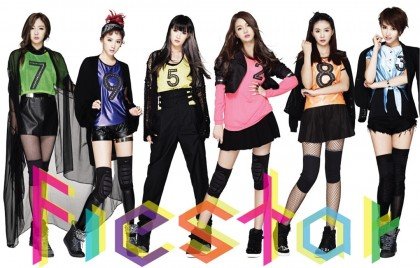 FIESTAR is a new 6-member South Korean girl band under LOEN Entertaintment (they are labelmates with IU). Aside from Korea, other members grew up and are from countries like the U.S and China. Their group name was derived from the word “Fiesta” which means festival – aiming to give excitement and energy to it’s listeners. They first release a digital single titled “Wicked” with Tiger JK and is set to debut with their title song “Vista“. 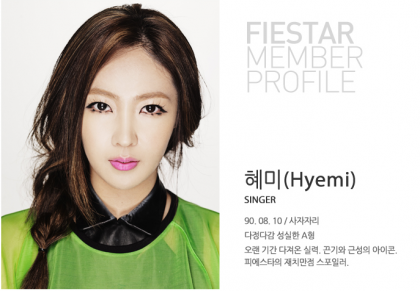 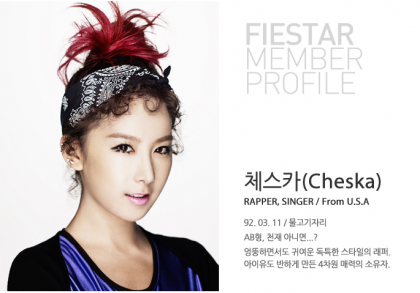 “Owner of the same 4 dimensional personality as IU”
Stage Name: Cheska (체스카)
Position: Lead Rapper
Birthdate: March 11, 1992
Blood Type: AB
From: USA
About her: Silly but with a cute and unique rapping style. 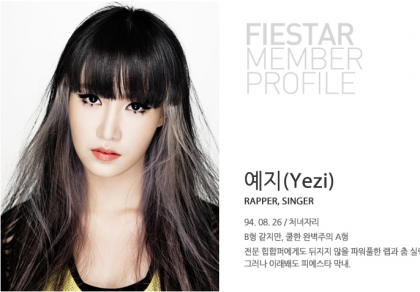